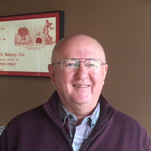 Bob Landwehr, a 1966 Astoria High School Graduate joined the board in 2003. He received a Bachelor of Science from Western Oregon University (OCE) in 1970 and a Masters in the Arts of Teaching from Lewis & Clark College, Portland in 1974.

Bob began teaching in the Astoria School District in 1971 and retired in 2002. He taught 14 years at Astoria Middle School and 17 years at Astoria High School. Bob coached boys basketball for 28 years and track and field for 16 years. He was also actively involved in the Walldorf-Astoria Student Exchange Program for 15+ years.

Bob values AHSSI as an organization that provides a “win-win-win” opportunity for everyone involved and shows the strength and uniqueness of Astoria. Obviously the graduating students receiving scholarships “win” both financially and with a boost of confidence. The donors also “win” as they are making a huge difference in the lives of receiving students, which impacts these students for the rest of their lives. And Astoria High School and the community of Astoria “win” as they receive recognition for being a part of a truly unique program and a show of unbelievable support for the youth of our community.