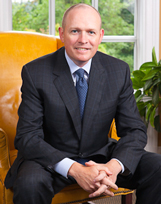 Patrick Clark is a 1988 graduate of Astoria High School and is proud to call Astoria his hometown. After graduating from Pacific University with degrees in Political Science, Japanese and Business Management, Patrick pursued a career in public service. Living in Washington, D.C. and Oregon, he served in various capacities for a U.S. Senator, the Oregon Secretary of State and Oregon Treasurer.

Between 1995 and 2002, Patrick worked and lived half-time between Tokyo, Japan and Moscow, Russia, while traveling extensively as an International Projects Officer of an emerging markets group of a major Japanese trading company. Patrick is the founding partner of Realty Trust City, a marketing and sales brokerage headquartered in Portland, Oregon, and has closed more than $2.2 billion in transactions since 2002.